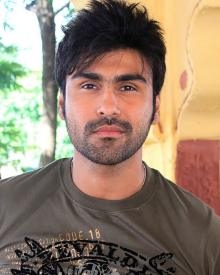 Bollywood actor Arya Babbar was born in the city that never sleep i.e. Mumbai. His father’s name is Raj Babbar, who is actor turned politician and her mother’s name is Nandira Babbar, who is a famous theater personality. He has one brother, named Prateek Babbar and a sister Juhi Babbar who is also an actress in Bollywood.

Arya started her career in year in year 2002 with film “Ab ke Baras” however film was unsuccessful. After lots of unsuccessful film he found an opportunity in year 2007 to work in film “GURU” with famous director Mani Ratnam. After that he also played role in a foreign collaborated film “Partition”, which was lead to foreign awards like Leo Award and Genie Award. Babbar also worked Bollywood’s blockbuster film “Ready” and “Tees maar khan” with Akshay Kumar.  Browse Arya Babbar wiki updated in 2013 year along with his personal life, family background, hobbies, facts etc below.

Parent’s Name: Raj Babbar and Nadira Babbar are his parents