Dena Kaplan was born in South Africa and moved to Melbourne, Australia, in 1996. Dena is an actress and dancer who may be best known for her role as Abigail Armstrong in the Australian Broadcasting Corporation television series ‘Dance Academy’ (2010-2012).

Kaplan attended high school in Melbourne and had dance training at numerous schools; Australian Ballet School, Jane Moore Academy of Ballet and City Dance Centre. Her first stage appearance came alongside David Campbell in the Production Company’s Carousel, where she played Louise, a non-singing solo ballet part in the second act of the show. Her second major public appearance was as a dancer/singer in the Disney production of the musical of “Lion King.” Dena moved to New York to study at the Ailey School and Broadway Dance Center, and was cast in a Broadway musical, but was unable to accept the offer. Dena Kaplan’s first television role was in 2005 on the Network Ten spy series “Scooter: Secret Agent” as one of the party girls. In 2007, she appeared as Deborah Statesman in an episode of Australian police drama “City Homicide.” In 2009, she played Keli in an episode of “Flight of the Conchords” and starred in the film “In Her Skin” alongside Guy Pearce and Rebecca Gibney. Besides her role in the series “Dance Academy” in 2010, Dena was cast as Stephanie Wolfe in “City Homicide.” 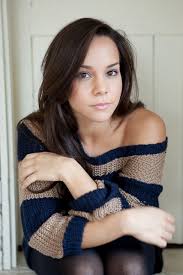 Pakistani Celebrities who got divorce because of their career