Kareena was born to Sindhi-speaking Babita (nee Shivdasani) and Punjabi-speaking Randhir Kapoor in Bombay, India. She has an elder sister, Karisma.

As a child she studied in Jamnabai Narsee School in Juhu, Bombay, and thereafter was enrolled in Dehra Dun’s prestigious Welham Girls’ Boarding School. Then she re-located to Harvard for approximately 3 months to take a course in Information Technology and Microcomputers. Upon her return to India, she joined the Government Law College in Churchgate, Bombay, but left it after one year, to enroll in the Kishore Namit Kapoor Acting School.

Her dad, Randhir is very protective towards his daughters and wanted both of them to keep away from acting, get married, and settle down, as per the Kapoor family tradition. This led to irreconcilable differences between her parents, ultimately leading to a separation, with both sisters living with their mother who managed their careers.

Her film debut was in the year 2000 with ‘Refugee’ along with the debut of Amitabh Bachchan’s son, Abhishek. She went on to appear in 31 other Hindi movies, and has thus far won four awards for her performances in ‘Refugee’, ‘Chameli’, ‘Dev’, and ‘Omkara’.

She is one of the most sought-after actresses in Bollywood, considered bankable, with an enviable A-listing and as of June 2007 is to appear in ‘Tashan’, ‘Lajjo’, ‘Kismat Talkies’ amongst others.

Younger sister of Karisma Kapoor
Granddaughter of Raj Kapoor, great-granddaughter of Prithviraj Kapoor and great-great-granddaughter of Dewan Basheswarnath Kapoor
She is the second daughter of actress Babita Kapoor, and actor Randhir Kapoor. They have broken the taboo of Kapoor family girls acting in movies.
Loves horseback riding and cooking
Turned down a role in Bride & Prejudice (2004).
Did not attend her cousin’s (Riddhima Kapoor) wedding with Bharat Sawhney that took place in Bombay on Wednesday January 25, 2006. Also absent was her sister, Karisma, and mom, Babita.
Her great grandfather (Prithviraj Kapoor), her grandfather (Raj Kapoor) and his two brothers (Shammi & Shashi), her mother (Babita), her father (Randhir) and his two brothers (Rishi & Rajiv) have all been film stars over the last fifty years and her sister (Karisma) have been acting in Bollywood flicks keeping it all within the family.
Listed as number 6 of ‘Top Bollywood Actresses’ of 2006. (rediff.com, 8-25- 2006)
She is best friends with fellow actress Amrita Arora.
She befriended Konkona Sen Sharma on the sets of 2006 movie Omkara.
Good friends with actress Esha Deol.
Although Kareena’s prescribed diet includes paranthas, momos, cheese, pasta and bananas, which are mostly considered fattening, it is her daily practice of yoga that keeps her fit for her role in Tashan (2008).
Has lived secretly with Saif Ali Khan. At the Lakme Fashion Awards in October 2007 they made their liaison official.
Has a mannequin of herself in Madame Tussaud’s Museum in England. Along withSalman Khan, Shah Rukh Khan, Hrithik Roshan, Aishwarya Rai Bachchan and Amitabh Bachchan.
Was in a long term relationship with actor Shahid Kapoor until 2007. They broke up during the filming of hit movie Jab We Met.
Sister in Law to actress Soha Ali Khan.
Grandaughter of actor Hari Shivdasani.
Was the original choice for Blockbuster movies Ram-leela and Chennai express, but declined both movies due to scheduling problems.
Her mother Babita Kapoor’s aunt is classic actress Sadhana. In 2013, Sadhana confirmed that because of a family problem, she and Babita don’t acknowledge each other.
Her mother-in-law is actress Sharmila Tagore.
Great grand niece of actor Trilok Kapoor (Prithviraj’ brother).
Niece of actor Justin Sial (Randhir Kapoor’ s aunt Urmila Sial’s son).
Grandfather Raj Kapoor’s maternal uncle was actor Jugal Kishore Mehra. Jugal married actress Anwari Begum and adopted her daughter actress Zarine ( Nasreen) Nasreen is the mother of actress/ singer Salma Agha. This makes Kareena Kapoor a niece of Salma Agha. Kareena is also the uncle of cousin Sasha Agha. Salma’s daughter.
Favorite movies are The Bridges of Madison County (1995), Titanic (1997), Qayamat Se Qayamat Tak (1988) and Dilwale Dulhania Le Jayenge (1995).

Life is full of happiness and tears, be strong and have faith.
I want a man I can keep for myself. I wouldn’t ever share my man with anyone else.
I am not a home breaker and I can never be. I haven’t been brought up to create havoc in other people’s homes.
If I found out that my man is unfaithful, there’d be no tears, no shor-sharaba, I’d just slaughter him.
Men are gutless. Why can’t they own up to the women they love?
A lot of guys try to mingle with me because of who I am. If I encounter a guy with a clean heart, I will go by my instincts. I guess my man won’t be from the film industry.
I am a hell raiser. I do my own thing. And I believe what I do is the right thing.
I wouldn’t be able to turn a blind eye to my husband activities like other star wives. I will be screaming down this throat, demanding an account of every minute of his. So you see an actor won’t be good for my peace of mind.
The most shocking part of the articles linking me with Hrithik Roshan was the insinuation that I was willing to give up my career to run after him. Please! Not for a man, never.
My co-stars call me selfish. They say you are only interested in yourself and what you are only interested is yourself and what you are doing in front of the camera. I reply, I can’t help it; it’s what got me where I am.
The one thing I like being in a relationship is that we get to share things. Our experiences about life, comparing notes about things that have happened to us. Then you get companionship, which is great. You laugh, you talk, you fight. There’s a mazaa in that. I like everything about being in a relationship. I like feeling secure. I like the companionship, making the other person happy. And if you’re in a good relationship, there’s nothing you don’t like about it. 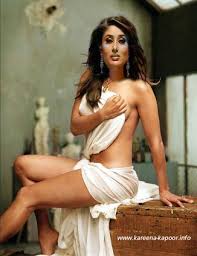