Salman Khan and Yo Yo Honey Singh Devil Song… by BollywoodNow 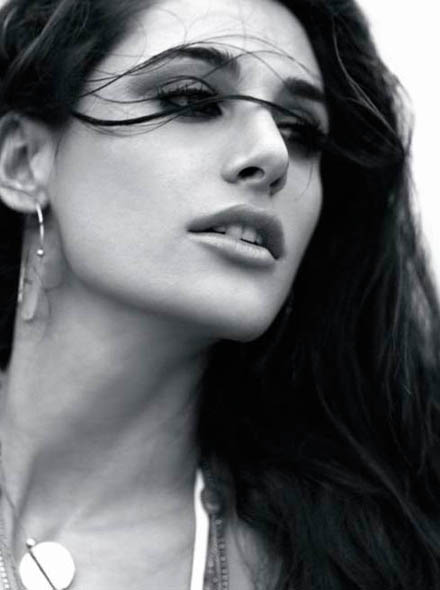 Nargis Fakhri is a half Czech- half Pakistani model. New York-based Nargis, 21, was featured in the 2009 Kingfisher swimsuit calendar.
The media had suggested that the Imtiaz Ali had chosen the her as the female lead in his new movie Rockstar.

Advertisements: Bruno Banani ‘Magic Woman’ fragrance, Platinum,
Magazine Covers: Singapore: ‘Shape’ – October 2007
Fashion Shows:
Hobbies:
Notes: – She is of Pakistani and Czech descent.
– She was a contestant on third cycle of America’s Next Top Model.
– She appeared in the 2009 Kingfisher calendar.

Now that his erstwhile lucky mascot Katrina Kaif has moved on to signing films with Aamir Khan and Shah Rukh Khan, Akshay Kumar seems to have found new imported inspiration in Nargis Fakhri.

The industry is abuzz with talk of how Akshay’s home banner, Hari Om Entertainment, has offered a three-film deal to Nargis, who was not getting any new projects despite a debut in the hit Rockstar, opposite Ranbir Kapoor in 2011.

Nargis has, of course, lapped up the deal. The first film of the deal where she will star opposite  The action comedy incidentally unites Akshay with Himesh Reshammiya on screen for the first time.
‘Akshay had initially planned to cast Telugu superstar Ileana D’Cruz opposite himself in Khiladi 786. However, he has finalised Nargis now. Two more films will follow.

Akshay will probably star in both these projects opposite Nargis,’ an industry source said. According to sources, Ileana lost Akshay’s confidence because her presence in Anurag Basu’s Barfee has failed to create much hype.