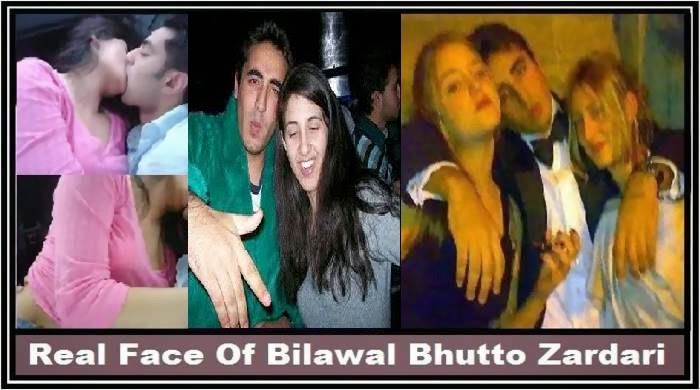 His antics at Oxford University would shock people in Pakistan awaiting Bilawal Bhutto Zardari’s return to take over the political dream shaped by his murdered mother Benazir. The 19-year-old’s preparation for his role in one of the world’s Muslim states has certainly been unconventional. Orthodox Muslims will be surprised to see the new leader of the Pakistani People’s Party with his arms slung casually around two girls, one of whom declares herself as “bisexual” on asocial networking website. Conversations he has with friends on Facebook make reference to being hungover, his friendship with a girl he calls “Boozie Suzie” and “free alcohol”. 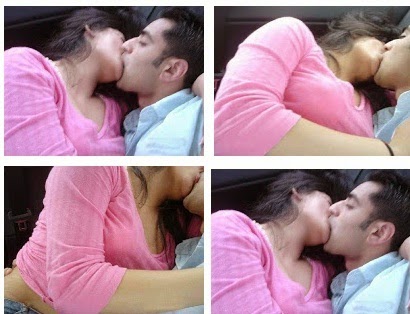 There is no evidence that Bilawal drinks alcohol – but he was certainly living it up with his two female friends at a raucous black-tie party thrown by a student drinking society. Bilawal had been enjoying his first year at Oxford before he was named as his mother’s successor after her assassination last month. It was all a far cry from the country of his birth, which is bound by Muslim customs where drinking is forbidden, homosexuality is illegal and male and female friendships carefully controlled. Bilawal and the girls were dressed up for the annual Cardinals’ Cocktails event where, for a £10 entrance fee, students can drink many cocktails. The Cardinals is an exclusive all-male society favoured by the wealthiest undergraduates at Christ Church, Bilawal’s college at Oxford. They hold the event for non-members once a year to raise money for a lavish dinner to be enjoyed by their privileged members at a Michelin-starred restaurant. 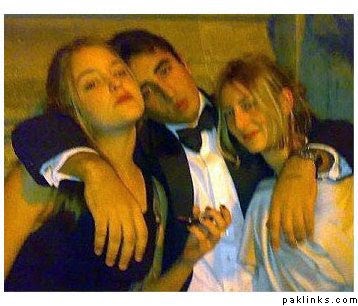 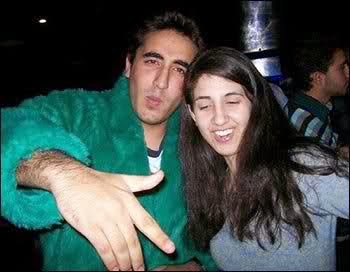 Only a handful of Christ Church students are allowed to join each year and they are initiated by being forced to down a bottle of port followed by eight pints of beer. Bilawal and his friends were among hundreds of other students – not Cardinal members – at the bash this year. Fortunately for him, his father, Asif Ali Zardari, has announced his son is too young to take power and that he will maintain day-to-day control of the party while Bilawal continues his studies. Bilawal, who arrived at Christ Church in September to read history, grew up in Dubai after his mother left Pakistan for a self-imposed exile in 1999. At Oxford he has not been seen at the student Islamist Society. One senior society member said: ‘He doesn’t come to any of our events.’ He has chosen instead to spend his time with gregarious new friends. 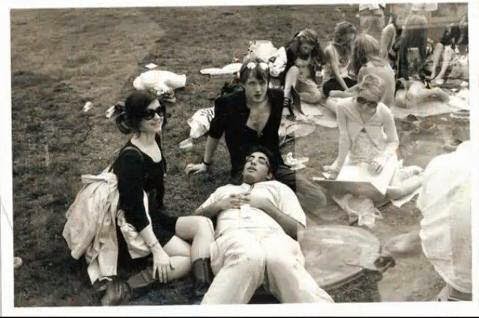 Julia, who was educated in Brussels, lists herself as interested in both women and men and is a member of the university’s Lesbian Gay And Bisexual Society. She and Bilawal are obviously close, often pictured cosying up together, and after Benazir Bhutto’s assassination on December 27 she wrote on her Facebook site: “Julia can only think of the Bhuttos.” Many of Bilawal’s conversations on Facebook can be openly viewed by dozens of his friends and countless other Oxford University students Bilawal flirts good natured with another female student, saying: “There is a void in my life now, it’s a deep dark hole in my sloe [sic] … that can only be filled with … boozie suzie!! Fellow first-year student Sammy Jay is also a close friend. The face of Bilawal appears on a number of pages throughout Facebook but only one, using the alias of Bilawal Lawalib, is authentic. In one exchange, before Mrs Bhutto’s assassination, he tells a femalefriend that he “misses his secret lover” and in another exclaims “what free alcohol! I may take you up on that when I get back to Oxford!”. Bilawal’s grandfather Zulfiqar Ali Bhutto, who founded the Pakistan People’s Party and was the country’s first elected prime minister but was executed in 1979, attended the same colleg. His mother was a popular student and president of the Oxford Union. The current Oxford Union President, Luke Tryl, says the new Bhutto is “quite popular in Union circles; very charismatic and engaging”. 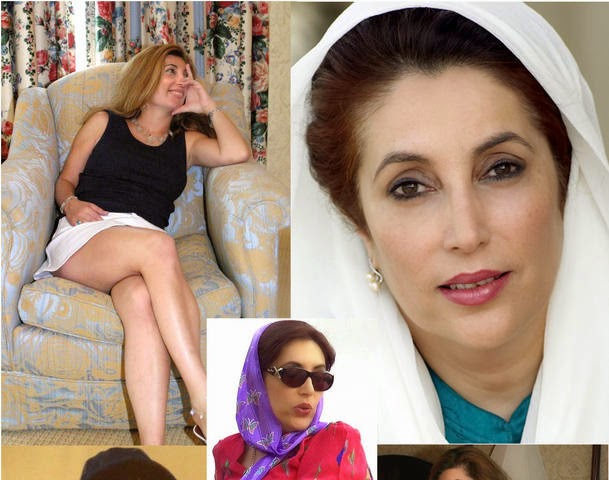 “The real news about Benazir Bhutto is not in the Western media. It’s somewhere else – with deep and dark secrets, which are not revealed in any newspaper so far.”

Sex parties at Benazir Bhutto’s old mansion in Surrey, England have become the shocking news everywhere. British newspapers published this news, highlighting Benazir’s name in HEADLINES, as if it’s the sex story of Benazir herself! Now all other news outlets are taking up this story from British media. But British newspapers are not aware of the inside story and the other side of Benazir’s life or they don’t have the courage to speak about it openly. The other side of Benazir’s life is far more darker than one could ever imagine…

It’s clear that Benazir Bhutto was the previous owner of this mansion where wild sex parties are arranged. But still, most readers found this story interesting… What these readers don’t know is that Benazir in fact, was an active participant in VIP sex parties in UK and Dubai. Recently a new sex party was planned at Benazir’s Villa-24 in Emirates Hills in Dubai. The host was Sherry Rehman, former Pakistani Ambassador to the United States and a very close friend of Benazir Bhutto. Bilawal Bhutto (the son of Benazir and Asif Zardari) was also invited among other distinguished guests.The event was exposed when the man who was the co-organizer invited a new woman Sara to this sex party. Sherry Rehman strongly opposed the invitation to Sara. And then they abruptly changed the venue of their sex party. Some of the e-mail communications that were exchanged between sex party’s co-organizer Omar and Sara are exposed in Bangladeshi tabloid Weekly Blitzt in the Part 2 of an exclusive Blitz story. This story reflects the wilderness going on in these sexual escapades. Weekly Blitz is the same newspaper that first exposed the story of Bilawal Bhutto’s affair with Hina Rabbani Khar. The rest of the media around the world picked up this news later on, referring to Blitz, the original